DTAForum.com - a forum for the DTA ECU

A forum for DTA users

I'm interested in the use of the Uno to generate a crank trigger wheel pattern, Im often lookig for a way to test ecu's without having to resort to my hand held crank sensor and trigger wheel mounted in my battery drill! (obviously wouldnt work for S40 with inductive inputs only.)

Is what I'm using. It took some faffing to get working, and the third party software it uses is about as buggy as it comes.

Let me know if you'd like any help with it, you'd probably have a better understanding of what it's actually outputting than I do. Through a bit of trial and error I got a crank signal to work, but didn't try to get cam. Crank was enough to allow me to see a certain RPM, and that's all I needed.

Did you managed to sort out the sketch for decoding the CAN stream. I have managed to source a Teensey 3.2 and transceiver.

Sorry for the delay, I've been meaning to get my bench rig setup to test it for you, but simply haven't had the time. I'm deep into wiring my car now, so this project has taken a back seat whilst I get the car up and running.

I'm hoping this should just work, let me know if you have any trouble.

I got around to checking this last night, and can confirm that the above sketch should be enough to get data outputting to the Arduino IDE serial monitor.

I had to double check a couple of connections before ordering up my first batch of three circuit boards. I used OSH Park for this, which means a bit of lead time, and a wait on shipping from the US, but hopefully I'll have a full working prototype in the next month or so.

Should give me the time get the car wired up.
Top 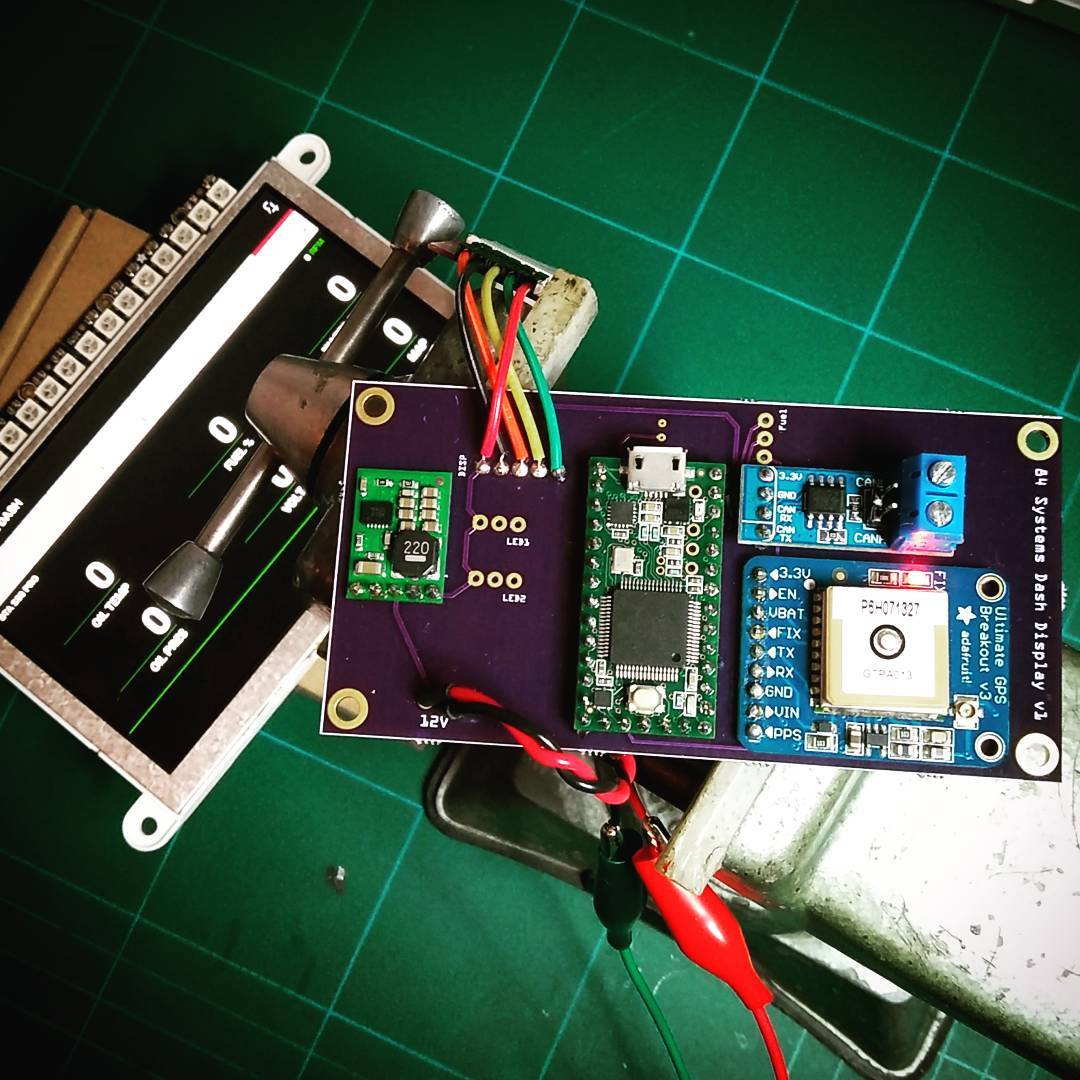 My boards arrived last week, and I finally found the time to plonk my components on one of them. Surprisingly, everything appears to function which is a relief!

I did make a blunder with the display, so have had to wire it to the board rather than through hole it, but I can live with that if it's my only mistake. After all, it's the first PCB I've ever designed, I'm sure it's not perfect, nor is my soldering, but it's a good first step.

This will allow me to design an enclosure to do some proper testing in the car. Speaking of the car, my wiring project is starting to gather speed, you can follow that and the other stuff I'm up to over on Facebook if you'd like. https://www.facebook.com/motorsportmaker/

Had a go at designing an enclosure last night, it's a bit rectangular looking, but hopefully it'll do the trick for now. 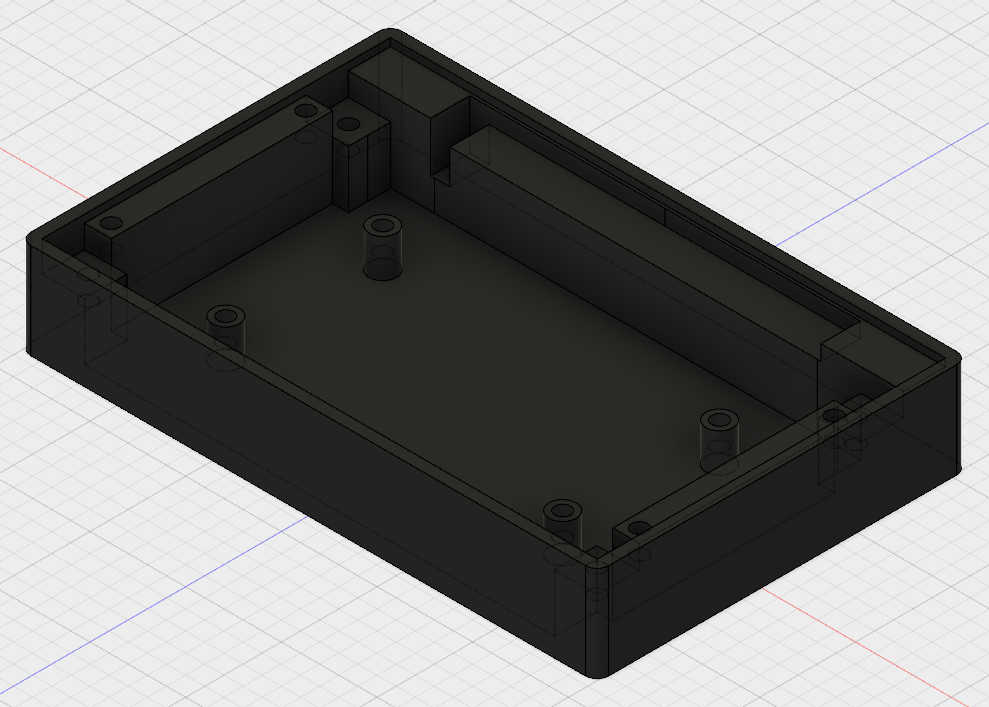 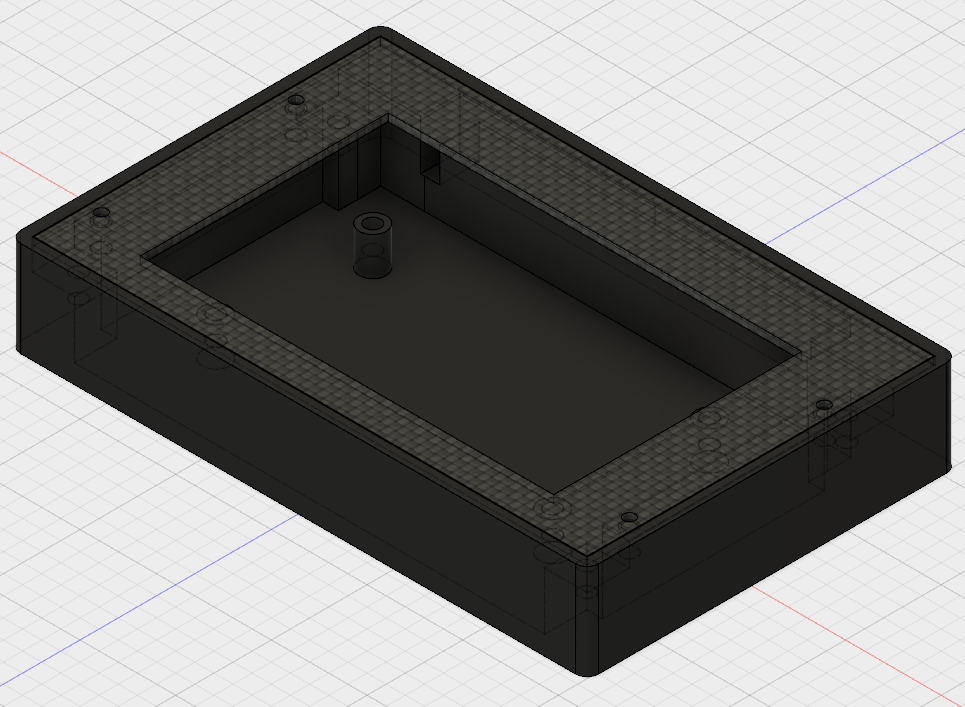 I'll have the main part 3D Printed hopefully, then the fascia cut out of a piece of 2mm carbon fibre, IF I can find someone to cut it for me, struggling for that at the moment. Still need to put holes in the fascia for the LED's, but I ran out of time.
Top

Some tweaks following feedback from my 3D print guy, I also found the 'Render' mode inside Fusion, can you tell I'm a bit of a newb!?

I think it looks OK for a first proper go. Once I move to more of a SMD based circuit board I'll be able to make the thing much more slimline that it is, hopefully cut it in half!

All being well I'll have a 3D print to play with when I return from this years ski trip.
Top

Great project..
If you going to produce some more units for a good price i'll maybe need some of these units

Thanks, I'll be sure to post here when that time arrives (plenty of testing to be done before then).

The 3D print landed at the weekend, all my components fit with plenty of room to spare. Now I have a basic shape I'll be able to tweak things and get it looking a little more modern. As previously mentioned, I intend to move to a better designed circuit board, which should make the enclosure much smaller than it is currently.

I've finally found someone local who can cut carbon fibre as well, which will mean I can produce face plates for the 3d printed box, as well as button panels for my steering wheel. 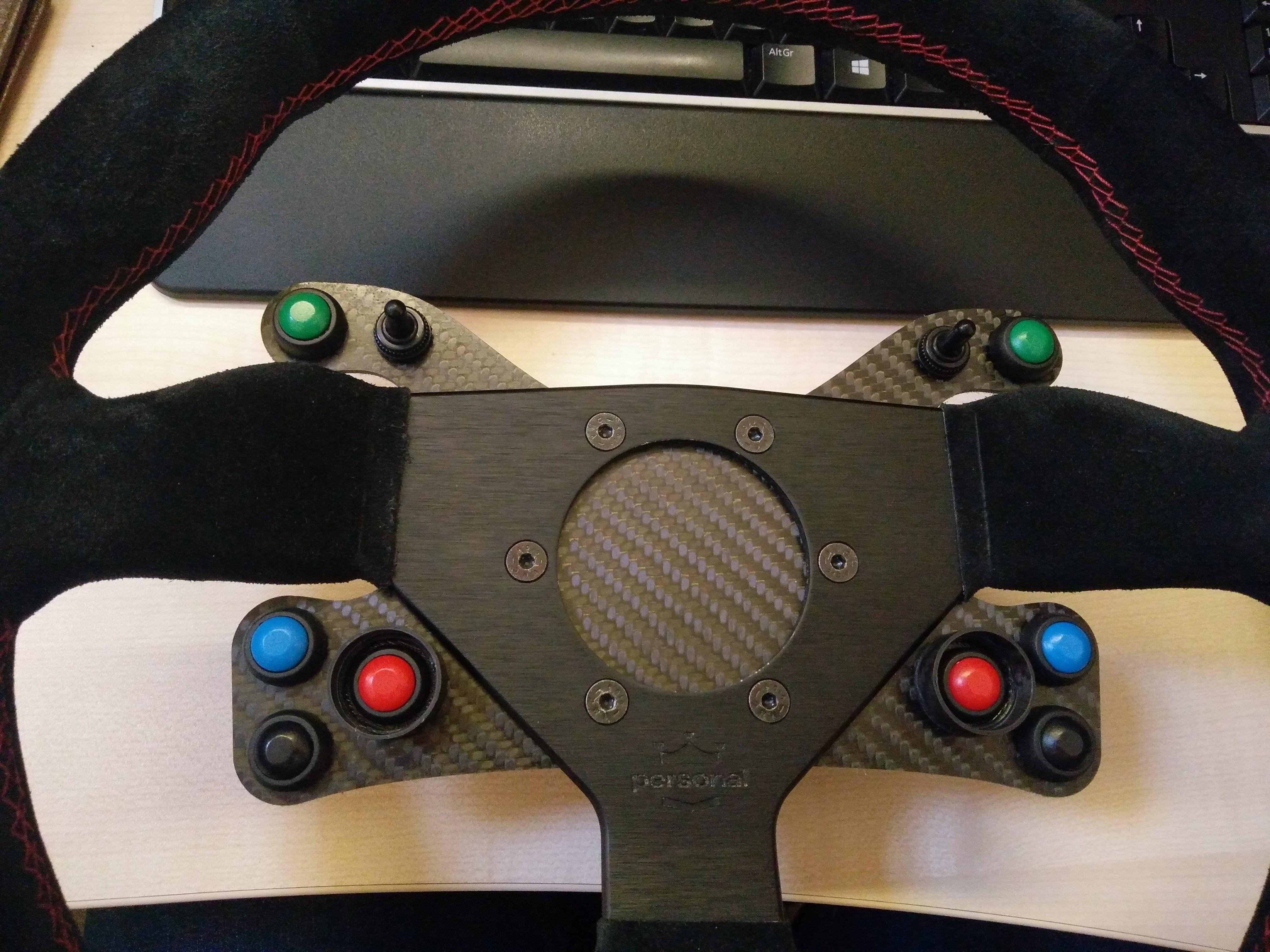 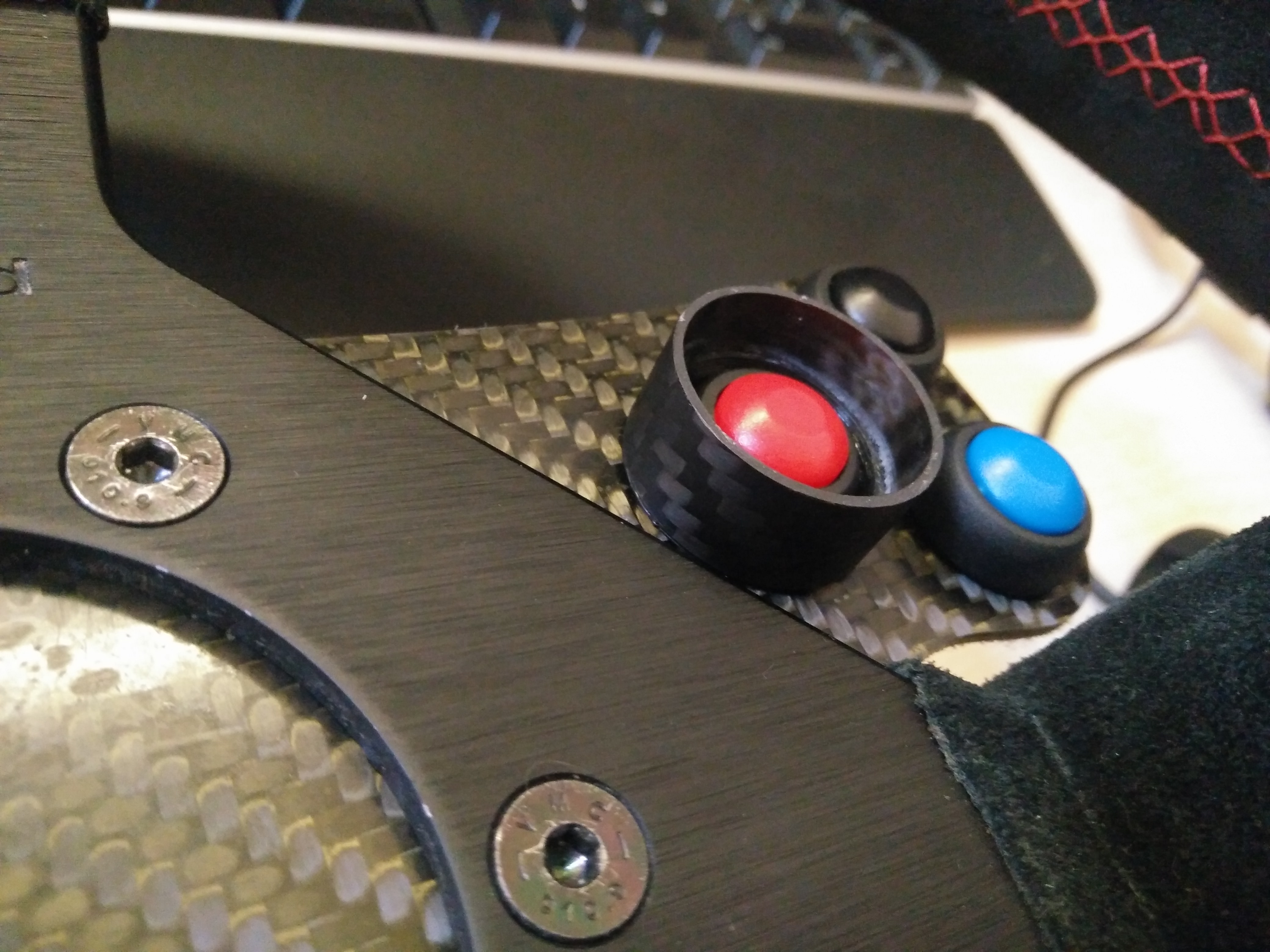 The button panel above is an early prototype, I chanced some cheap glass backed carbon fibre but it isn't strong enough. The 3mm solid carbon plate I have now should be more than up to the task.

So far I have 2 Otto P9 buttons fitted, I'll replace the rest of the cheap eBay buttons with P9's before wiring it all up.
Top
Post Reply
35 posts